You never want to be in a position where a fire door is a difference between life and death. Fire doors are the first line of defence against fire breakouts but remain an area of neglect, often the first thing to be downgraded in a specification and mismanaged. However, it is essential to know about fire doors just if the worst were to happen. These impressive doors enable people a chance of survival and firefighters to better gain control of ablaze.

Fire doors are built with the most modern technology and materials, intensive research and development poured into them every year. Fire doors are crucial in protecting and protecting people in a fire by delaying the spread of fire from one area to another. Substantial, strong, and airtight, these impressive structures hold powerful flames and dangerous smoke and invisible gases. When closed, they provide safety and a barrier to stop the spread of fire. When opened, they provide a way to escape for people caught in the building.

Since Phase One of the Grenfell Tower enquiry, it has been pushed that a mandatory quarterly inspection be applied to the new Fire Safety Bill. However, due to the importance the doors hold in saving lives, whilst remaining relatively simple concepts, it is shocking to reveal that the Fire Door Inspection Scheme (FDIS) shared that three-quarters of all fire doors inspected in 2019 were condemned and deemed not fit for purpose. The frequency in which fire doors are being checked is determined by multiple factors, such as age and condition of the door, but to have so many doors condemned in one go sheds light on a failure in the modernisation of existing constructions to keep them up to modern safety standards.

Commercial and non-domestic properties are held to strict regulations and guidelines to ensure the safety of people using the building in the event of a fire. The owner of such a building should only employ a registered and competent fire door installer, as they are a fire safety device and require relevant educated knowledge. Under the Regulatory Reform (Fire Safety) Order 2005 (FSO), building owners and landlords are responsible for the safety of their properties and tenants and could be prosecuted if they do not fulfil their duties.

As a responsible party for the safety of properties and tenants, you must investigate the condition of fire doors. These simple checks could help you avoid hefty fines, or worse, someone’s life on your hands. Can the door close properly? The consequences of poor fire door installation was illustrated in 2012 by the death of 23-year-old student Sophie Rosser. An inquest heard that Sophie’s death could have been avoided if a self-closing fire door in the block of flats in Canary Wharf had correctly closed when a fire broke out. Avoid these tragic disasters by treating fire doors with the respect they deserve, ensuring their quality condition and carrying out your due diligence checks.

Be a responsible landlord, property owner or commercial industry member and ensure fire doors are regularly inspected to the highest degree. Maintain the highest quality and condition of your fire doors regardless of the potential costs or setbacks, as the fines paid in failure to do those checks will be far more significant and will never be worth more than the cost of someone’s life. 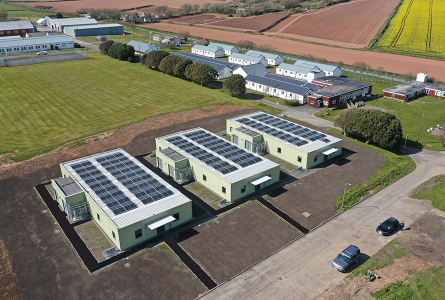 Working on numerous buildings as part of the programme, we applied a tape jointing system followed by an entirely decorative finish, including emulsion to walls and gloss to woodwork. In addition, our experienced team of joiners also installed and certified the fire doors throughout the building. Fire doors are required in every building except the inside of people’s private accommodations according to the requirements of the relevant national fire safety regulations. It is crucial that fire doors are installed correctly by approved and certified fire installers, and an ongoing maintenance schedule is in place.

Ready to start a project?